Blockchain is already creating major shifts that will impact the global economy, technology, industry, and financial systems, while also converging with other frontier technologies including Big Data, AI, and IoT.

Just before almost the entire world went into lockdown as protection from the raging Coronavirus, I had a great time during London Blockchain Week 2020 giving an opening keynote presentation and moderating an awesome panel at the London Blockchain Summit, which included Teana Baker Taylor, Shuhei Kataoka, and Yves Guillaume Messy. Also, I had a blast hosting and interviewing key industry leaders during the 2 day live stream on Fintech TV with Dr. Jane Thomason and Georgia Fairweather.

Thanks to FinTech Worldwide for organizing such an incredible conference and blockchain week with Vincent Molinari and Tony McGuire of Fintech TV. 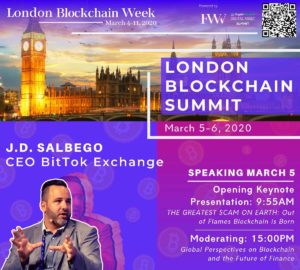 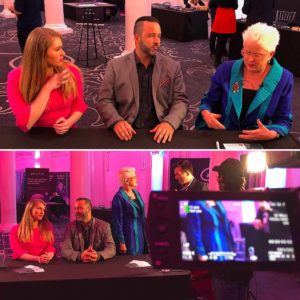 Presently, countries around the world are innovating with several blockchain technology examples, while some banning crypto, some embracing crypto, as well as adopting Central Bank Digital Currency (CBDC). My panel I moderated titled “Global Perspectives on Blockchain and The Future of Finance”, discussed a range of diverse perspectives on how blockchain is being implemented globally and where challenges lie.

We have already spent a lot of time on Blockchain Wiki and know a lot about blockchain technology and how it works. In the blockchain revolution ideology and in the history of global capitalism, the 2008 financial crisis is a critical juncture. Bitcoin was quietly introduced to the world in 2009, following the publication of a white paper by Satoshi Nakamoto in 2008 in the aftermath of the crisis and as a response to it. In fact, this was a central point that I made in my keynote presentation â€” The Greatest Scam on Earth: Out of the Flames Blockchain is Born. As I often try to communicate, 2008 is one of the worst episodes in the history of modern economies, as well as the biggest eye-opener for those willing to see. But anyway, where does the disruptive blockchain technology stand right now? 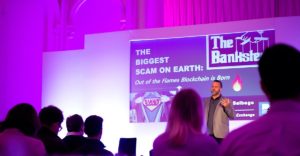 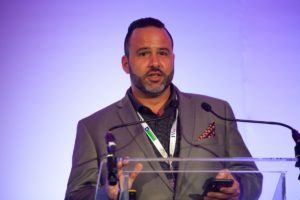 When it comes to the advocacy of crypto and blockchain technology, Japan is moving at a fast pace. The high-end growth in the blockchain sector following Bitcoin’s legalization has entirely transformed the Japanese landscape in innovation and in business. True to its reputation as the number one crypto economy, Japan is pushing innovation into pertinent markets. Today, the country is eagerly accepting emerging blockchain based technologies, having approved the first, highly successful project in 2019. While big names like Sony and Fujitsu are actively investing in the R&D on various aspects of blockchain technology, several other Japanese tech firms have featured in the Fortune 500 List. 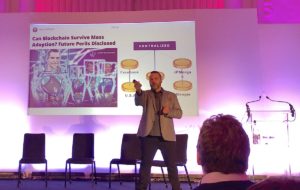 As such, the US has been the institutional market leader in blockchain, witnessing drastic changes in digital security regulations and the overall digital assets landscape. Lately, there has been a lot of public pressure about CBDC and numerous blockchain information has been in circulation. The US has a privileged position vis-a-vis the payment currency we use for a lot of jurisdictions â€” that is, the US Dollar. However, as globalization has impacted or started to become more prevalent in finance, it has been kind of disruptive.

When you look at things like tokenization or security tokens, there are existing security laws whether tokenized or not. Now, it is up to the industry to look at how they are looking to develop a number of these new types of packaging for securities to ensure that they can go to market in a way that is a “compliance first” — thus, facilitating adoption and acceleration.

Recently, the competitive nature of global finance — coupled with innovations and emerging projects like Facebook’s Libra pushing for mass adoption really brought blockchain based payment disruption to the governmental forefront. Consequently, the concept of creating frictionless transactions is beginning to take shape, along with its many benefits. Above all, this allows tech companies, or anyone with a sovereign money issue, or a central bank, to potentially create something that enables people to transact with each other globally without relying upon government-sanctioned intermediaries.

In turn, this ensures that more people who have access to financial services should be at the heart of the tokenization of any kind of fiat currency. Now, the US has woken up. While regulators have been strategic and proactive in taking action, policymakers are very forward-thinking, thus keeping with these uncertain times of a new paradigm shift that we are witnessing and experiencing globally.

Where is the Future with Blockchain Mass Adoption?

Speaking for R3 Corda, the enterprise blockchain software firm and one of the industry leading protocols fighting for the digital throne, Messy highlighted the lesson that we learned from Blockchain 1.0, as well as 2.0. in our panel. Most projects started with retail innovation without thinking much about the backbone of the global financial markets. That said, R3 Corda’s position is to build financial software today and build a bridge to where it’s going tomorrow, thanks to the decentralization that has attracted so many people.

So, how are we driving mass adoption and blockchain innovation? By enabling key levers. For instance, sensational projects like STX in Switzerland which is going live in a couple of weeks. They are going to prove the production use of blockchain technology to trade equities in a way that is already getting a lot of attention in Thailand and Singapore. Additionally, we have Project Ubin and others, promising Central Bank Digital Currency projects on the cards. 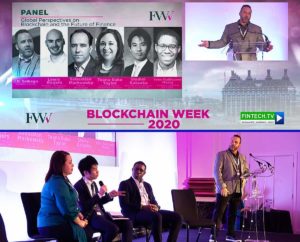 According to Messy, there are three main legs of this mass adoption. We are working with central bank digital currency and commercial cash projects, we are empowering potential players like custodians to play a role digitally to ensure we can have a safe, reliable way of matching billions of dollars of trades per year, [and] we look at crypto as disrupting the entire financial markets industry, but we have to remember that we get 300,000 transactions every day in crypto real finance markets see 300 billion transactions every day.

So when it comes to crypto alone, we are not there yet but we are hoping that R3’s blockchain can be a bridge where players with robust technology in existing financial markets can lend their expertise to crypto markets, making them mature, making them safer to be adopted and therefore making them more institutionalized. So, we are very much taking a base layer approach today and bridging it to where it’s hoping to go tomorrow.”

The Politics of CBDC

So, one thing is clear — Central Bank Digital Currency is in vogue right now. However, I wished to address it from a different angle. Focusing on a more of a political standpoint, I discussed what CBDC means to global economics, negotiation strategies, and to the future powerhouses, as well as global leaders in different economies and the kind power struggle that we are seeing right now between China and the US. 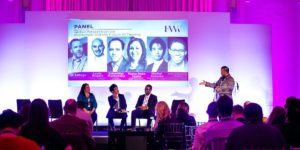 How much of China’s decision to launch the digital currency was motivated purely by technology? Or, was it a way to gain independence from the US dollar and the global power that the fiat has represented for so many years? According to Taylor, the digitization of any sovereign currency enables new ways of enabling people to invest in your economy, while also being able to invest in other economies. So, whatever be the geopolitical concerns, both the Chinese and the US economy are very invested and divested amongst each other. She also believes that CBDC — which is not a crypto asset but a digital asset or the digitized form of a fiat currency — is relevant but also a little hyped. 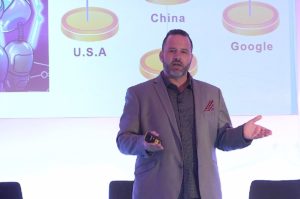 To conclude, let me reiterate the basic fact that after having all of the blockchain technology explained, it’s basic aim is to deliver a tamper-proof asset tracking system, backed by secured, seamless records. Smart contracts will automate processes to digitally facilitate, verify, or enforce the negotiation or performance of contract agreements with some current pros and cons being fleshed out. Given the present rate of progression worldwide, the industry will soon overcome the existing limitations in access controls, interoperability, and scalability â€” thereby making blockchain technology mainstream across global businesses. Moreover, while we are scaling and streamlining blockchain information every day, this disruptive technology is already showing massive financial benefits for the global economy.

Above all, enabling the tokenization of large-scale assets means that even a farmer in a rural area — given the access to a blockchain wallet — can now become a fractional owner of a revenue-generating asset like a gold mine! That, if not anything else, is an unforeseen possibility that could completely change the world.